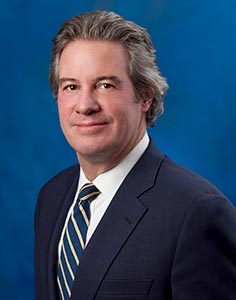 Mr. McCarney is a native New Yorker and founder of the Firm. His experience melds together a unique blend of AmLaw100 power & depth with boutique firm dexterity & finesse. Mr. McCarney spearheaded successful New York office initiatives as a partner and practice group leader at both Howrey LLP and Sheppard Mullin Richter & Hampton LLP where he brought experience to bear on behalf of Fortune 500 and other large multi-national clients. Previously he co-founded the premier white-collar criminal and civil litigation boutique, Engel, McCarney & Kenney, where he joined forces with two veteran prosecutors from the United States Attorney’s Office in Manhattan. Mr. McCarney has handled a wide variety of civil and criminal litigations in federal and state courts across the country, as well as arbitrations in both the U.S. and Europe. Prosecuting and defending claims on behalf of both a domestic and international clientèle, he served as lead trial and appellate counsel in the wide range of matters which give rise to the Firm’s current practice areas. 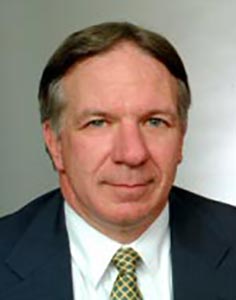 Mr. Clauss is both a litigator and a business lawyer, with a special focus on US-China matters. As a litigator, Mr. Clauss has been involved in the insurance defense business for more than twenty years handling a wide variety of claims including products liability, medical malpractice, general liability, advertising injury, trademark and patent infringement, maritime and insurance coverage.

He has resolved many cases through direct settlement discussions and mediation, and has tried numerous cases to verdict in the state and federal courts of New York and Connecticut. He has also represented clients before the Asian Domain Name Dispute Resolution Centre in Beijing and the Hong Kong International Arbitration Centre.

As a business lawyer, Mr. Clauss has represented both emerging and well established public and private companies in such fields as aviation, hotels and hospitality, pharmaceuticals, fashion, textile and industrial manufacturing, shipping and transportation. Much of Mr. Clauss’ work involves assisting companies in developing and structuring business entities and transactions in both the United States and China. Mr. Clauss began his career as a Special Assistant United States Attorney in the Southern District of New York on the Organized Crime Strike Force.

He then spent approximately five years as a corporate and securities attorney with Manhattan law firms Davis & Cox and Jacobs, Persinger & Parker before joining Peltz & Walker as a trial lawyer, where he focused on commercial litigation including complex insurance, professional liability, products liability, civil racketeering and intellectual property cases. He left to establish his own practice in 1998 to focus on litigation, intellectual property and US-China cross-border matters.

Mr. Clauss has lectured on professional liability and risk management issues for professional organizations and insurance companies in the United States and in China and has been a commentator for CNN and the BBC. 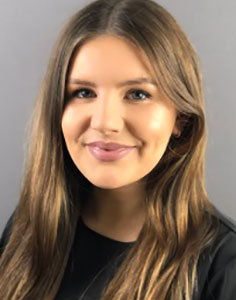 Ms. Duggan joins the Firm from her native Ireland where she received a Law Degree from University College Cork. Her previous work experience with American Express in Sydney, Australia, coupled with her academic focus on inter-jurisdictional commercial and litigation matters, serves to compliment the Firm’s multi-disciplinary international expertise.

Ms. Podkladneva joins the Firm from Ireland’s innovative tech law firm Mason Hayes & Curran. After receiving top honors at Ireland’s leading law school, she distinguished herself yet again in Europe’s premier international graduate law program before embarking upon her legal career. Bringing a unique blend of legal education and multicultural experience to the Firm, she strives to focus her broad perspective through an American lens to best suit our clients’ needs.